From product development to production, installment and service - PWM stands for perfection.

For more than 35 years, we have been on the forefront of the electronic price sign industry, working solely with convenience store owners, just like you. As a privately owned, global player we have led the industry in the use of SMD technology since 2006. To ensure we deliver on our promise, we produce our own sign components at our headquarters in Germany, therefore controlling all aspects of sign quality. With a variety of sign types and designs to choose from, we back our signs and our customers 100% with the industry's best warranties and customer service.

With PWM, the future is looking bright.

PWM signs can be found in all countries marked in blue: 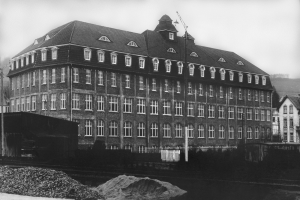 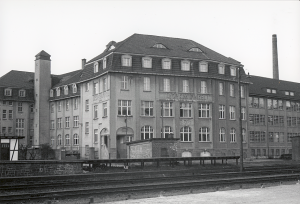 1842 - Shift to factory work by Moritz Krawinkel, as the home and the factory were separated from one another for the first time by a separate production building.

1870 - "Industrialization" at Leop. Krawinkel through the acquisition of water-powered machines for textile production.

1899 - Company becomes one of the largest employers in the region with 3 production sites and more than 1,000 employees.

1961 - Foundation of PWM for the manufacturing of illuminated advertising signs.

1963 - Diversification of the company activities, including purchase and operation of a basalt quarry and takeover of a FORD plant with 3 sites & workshops.

1996 - Development and control of the price signs by the existing power grids, so-called PWM powerline.

2007 - Development and launch of the first SMD digits.

2007 - Development of the first mass-produced price signs with white digits.

2014 - Development and market launch of the first outline digits.

2015 - Development and market launch of the first full color digits.

2016 - PWM is the market leader in electronic price signs for gas stations. The company delivers to more than 65 countries throughout the world, with a non-domestic turnover of more than 70%.